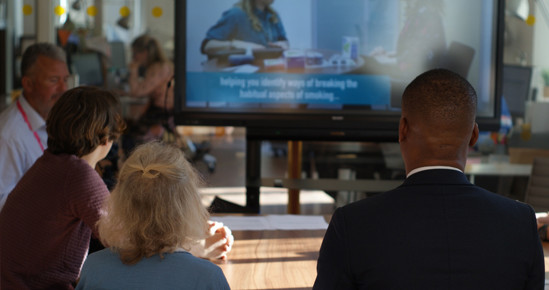 Previous posts in this category describe how Neilsen’s popular methodology of Discount Usability Testing can identity around 80% of a site’s usability issues.

It’s quite “doable”, typically taking a day, with 5 people coming in for an hour at a time. As a summative method it’s used after context and requirements have been discovered and there’s something to test with. But with small numbers of participants, it can be unclear which issues are likely to present the biggest problem to the most users.

A simple measure to assess the scale of usability issues in a focus group is to take a “straw poll”. This short video clip shows a  group being asked to indicate the incidence of an issue on a health provider’s website. Asking a question that evaluates severity e.g. “So which of you would now be stuck as to know what to do next?” or ” On a scale of 1-5…”, provides a rough assessment along the lines of: Risk = incidence  x  severity. Of course, such questions can also be asked in a 1:1 session.

Although not a robust approach, e.g. most people don’t like to disagree with the majority, this formula from project management, can help give findings greater depth. Finding can also inform the design of larger scale investigations such as surveys.

We use Google Analytics to track traffic on this website. To stop your browser from sending data to Google Analytics you can install the "Google Analytics opt-out Add-on" We also use cookies to record visits (without storing any personal details). If you click "accept" or continue to use the site, we assume this is OK. accept and close